#7 of 11 questions in 11 days, in response to Writingspiration:

Who is your favorite fictional family?

I have to be careful with this one, and not rush to pick a favorite TV show or movie as my favorite fictional family. The two could be very different. I think I have narrowed it down to four, plus one that gets honorable mention. Let’s see…

Honorable mention goes to the Cleavers, from 1957’s Leave It To Beaver. Jen seems to think the Cleavers resemble a certain other family she knows in real life (mine), but I don’t see it. However, I spent a lot of time with this family as a teenager, on cable TV weekdays when I first got home from school.

There seems to be a prime-time cartoon family rivalry between The Simpsons and the Griffins of Family Guy, finally acknowledged by a crossover show in 2014. If it wasn’t for Peter Griffin being a giant douche, the Griffins might be my choice for favorite fictional family. How can you 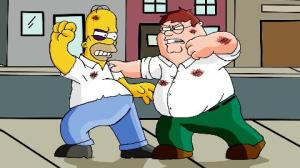 not like a family that has a talking dog, and the smartest one is the talking toddler? Contrast them with the Simpsons, a family in which the teenage son is the big jerk–but that’s more like reality. Ultimately, though, both of these groups are lovable despite being hideous family role models. Because of the latter, I can’t choose either as my favorite.

That brings me down to two. The first is another of animated ancestry: The Incredibles. I have a soft spot for super heroes in general, and here’s a 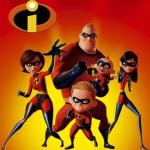 whole family of them! The parents get extra points for trying to keep their children grounded, and protected, by keeping their powers private. But when the world needed them, they answered the call, earning them even more points because that’s what heroes do–supernatural abilities or not.

The other finalists are the Bartlets, the first family in TVs The West Wing. I feel like that’s cheap for me, since it is probably my favorite show, and I have developed such an obsession with American Presidents, but hey, why not? My appreciation for the sacrifices made by the men who choose that life extends to their family members, who most often do not choose that life for themselves. The Bartlet daughters appear to be intelligent, strong, and independent, while respecting the family unit and loving their parents. That Jed became a good man, a leader, and a good father is even more significant when we meet the difficult man who was his own father in the award-winning episode, Two Cathedrals. 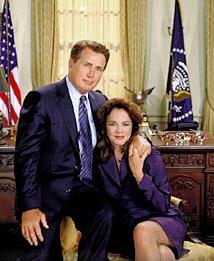 Why is there no family photo!?

I am going to do something arbitrary, though: Because I chose a non-animated group for my fictional world yesterday, I will go with the cartoon type today. Winner: The Incredibles. But both of my finalists (all five of those mentioned, really) are heroes in their own ways.

Reading the Best Biographies of All Time
Presidential Biblioquest

The trials and tribulations of renovating our 1978 Dodge Sprinter RV, and all of the adventures to follow.

Today in My Book